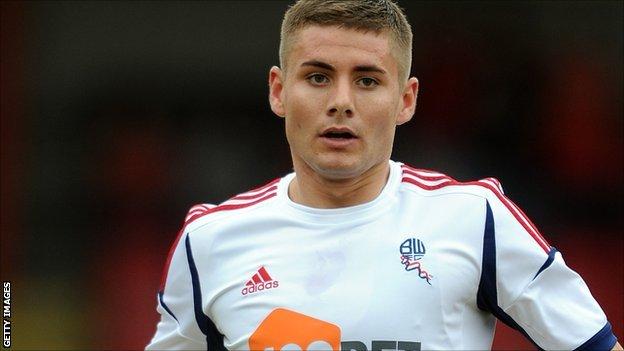 Riley made his Bolton first-team debut in 2011-12 at the age of 19, but injuries have restricted his progress.

"I'm delighted to have Joe here," said Oxford head coach Michael Appleton. "He is 6ft tall, he has pace and he uses the ball well."

Riley, who describes himself as an attacking full-back, said he was relishing the opportunity to play at Oxford after two injury-plagued seasons.

"Being out for a full season last season and half a season before that has been really hard," he told BBC Radio Oxford. "I like to think that's all behind me now and can get some games under my belt."

Riley suffered a serious knee injury in July 2013 but is now fully fit.

"I like to think it's made me mentally and physically stronger.

"When you've been out injured for a long time you miss training, and playing on a Tuesday and Saturday so that's all I'm looking forward to doing," he added.