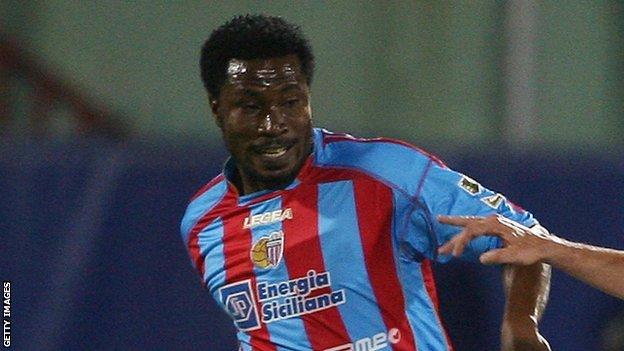 His ban of three years and six months was originally imposed by the Italian Football Federation and upheld by the Court of Arbitration for Sport in May.

He was found guilty of helping fix a Serie B match on 23 May 2009, when his Bari side lost 3-2 to Salernitana.

Edusei, part of the Ghana squad at the 2000 Africa Cup of Nations, last played club football in Switzerland in 2011.

As well as playing in Switzerland and for several clubs in Italy including Sampdoria and Torino, he also had a loan spell in Portugal and a stint in Israel.