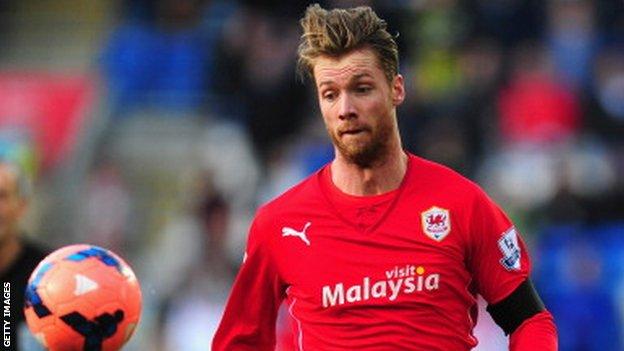 Celtic have signed Cardiff City striker Jo Inge Berget on loan until January with the option of a permanent move.

The Norwegian, who moved to Cardiff from Molde earlier this year, expressed delight at joining Ronny Deila's side.

"I know what a magnificent club Celtic is and what the club means to the supporters - it is a real privilege to be here," he told Celtic's website.

The 23-year-old is added to the squad ahead of Wednesday's Champions League qualifier against Legia Warsaw.

Berget, who played under Deila during a loan stint at Stromsgodset in 2010, has earned four caps and can play either up front or in midfield.

"I also know the manager very well and I am delighted to be teaming up with him again and, of course, the great squad of players at the club," he added.

Deila said his new signing would bolster the club's attacking options in the new season.

"I'm really pleased that we have been able to add Jo to our squad. I know his qualities and I am sure he can add something new to the team," added the Celtic boss.

"He is a player who will work hard and give everything to the team. I hope he can enjoy a successful time at Celtic."

Celtic face the Poles in Warsaw on Wednesday, in the third round of Champions League qualifying, with the return leg at Murrayfield the following week.