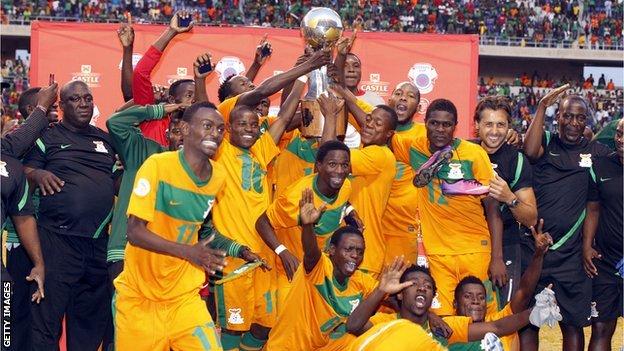 The Council of Southern African Football Associations has revealed the 2014 Cosafa Cup to be held in Botswana in September has been cancelled.

Cosafa President Suketu Patel said the event, which was to be played between 13-28 September, has fallen foul of "financial and logistical constraints".

However, Cosafa remains hopeful of staging the tournament in a new host country in November/December.

An announcement is expected by the end of the week.

Patel added: "Cosafa is pleased to report that it has now secured the necessary resources to host a tournament in November/December of this year.

"One of the requirements of the commercial partners is that the tournament is played in their country, and Cosafa has written to the relevant national association to seek permission to host the 2014 Cosafa Cup in their territory.

"Currently we await response to our request which has been promised by the end of this week."