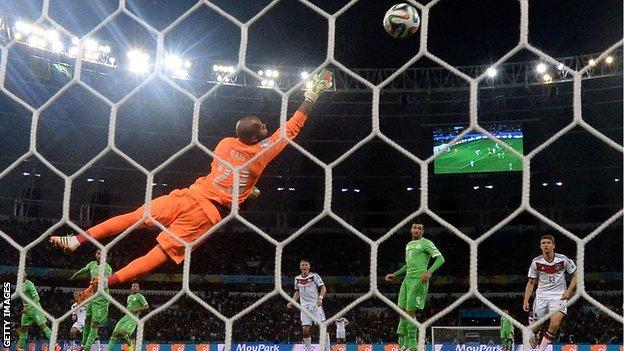 The French-born 28-year-old impressed during the 2014 World Cup in Brazil where Algeria reached the last 16.

The African side were beaten 2-1 by Germany after extra-time but Mbolhi was named man of the match following a series of fine saves.

Mbolhi, the most capped foreign keeper in the Bulgarian league, joined CSKA from Russia's Krilya Sovetov in 2013, having already been loaned twice to the Sofia-based club.

He also played for CSKA's city rivals Slavia as well as clubs in Scotland, Greece, Japan and France, had a trial with the Premier League club Manchester United in 2010.