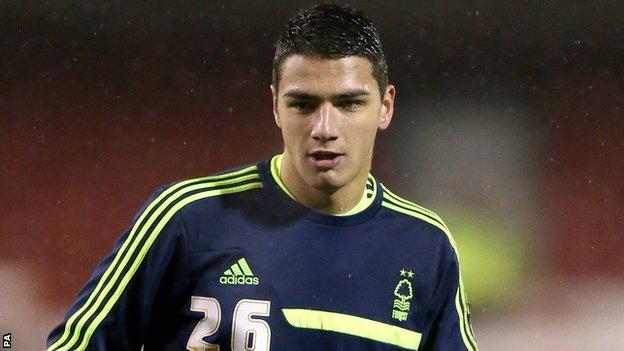 Evtimov, 20, had been due to arrive from Championship club Nottingham Forest this week,

"They [Forest] weren't happy with the deal," Wilkin said.

The Wrexham manager said the deal had fallen through because red tape between the two national associations could delay any instant recall.

"He came in, everything to sign on Monday," Wilkin added.

Goalkeeper Andy Coughlin has signed a new one-year deal but Cameroonian Joslain Mayebi has not returned to the Conference club.

Wilkin said he had been left frustrated in his attempts to make contact with Mayebi.