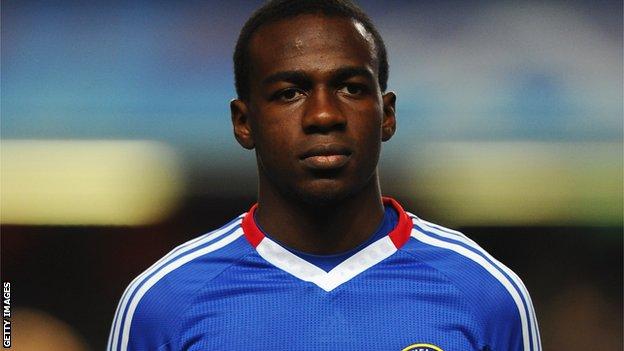 The 23-year-old, who joined the Blues as a teenager in 2007, has made only six appearances for Chelsea.

The Frenchman has had a succession of loan spells with Fulham, Bolton, Dijon, Vitesse Arnhem and Lazio.

He has represented Les Bleus at every level from Under-16 to Under-21 but has yet to receive a call-up to the full national squad.

His signing from Lens led to Chelsea being issued with a transfer ban because of the circumstances of his departure from former club Lens.

That ban was subsequently lifted as Chelsea won an appeal against the decision.