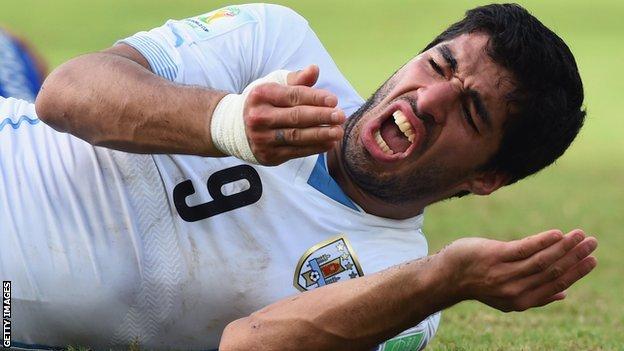 Barcelona striker Luis Suarez's appeal to the Court of Arbitration for Sport (Cas) against a four-month ban for biting will be heard on 8 August.

The Uruguay forward was punished after biting Italy defender Giorgio Chiellini at the 2014 Fifa World Cup in Brazil.

An initial appeal against the 27-year-old's suspension was rejected by Fifa.

The appeal has been filed by Suarez, Uruguay and Barcelona, the Spanish club he joined last month in a £75m transfer from Liverpool.

Cas has agreed to fast-track the case, and it is thought a verdict could be announced by the end of the week after the hearing.

Barcelona's first match of the new La Liga season is on 24 August, but if the ban is upheld, Suarez will be out until late October.

Under the terms of the suspension, he is banned from "any football-related activity", which means he cannot train with his club or enter the confines of any stadium, although players' union Fifpro argues the details "lack clarity".