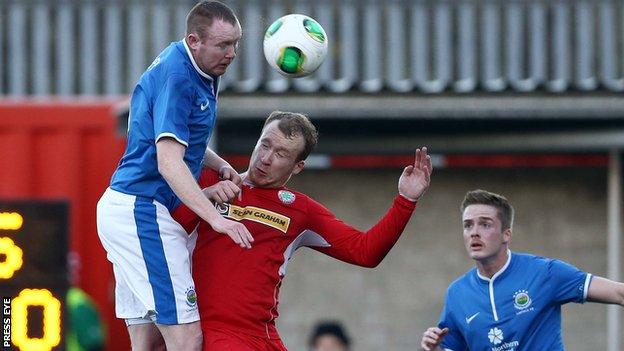 Kyle McVey is set to make his Ballymena United debut against Cliftonville in the Charity Shield just hours after signing for the Sky Blues.

The former Coleraine and Linfield defender impressed in pre-season training with United and boss Glenn Ferguson was quick to sign the player.

"He ticks all the boxes - Kyle is good on the ball and brings experience to our squad," said Ferguson.

The Solitude game marks the start of the 2014/15 Irish League season.

Ballymena are taking the place of Irish Cup winners Glenavon who said they could not play because they had already agreed to a pre-season friendly.

There could also be a Sky Blues debut for striker Matt Tipton, who like McVey was released by Linfield in May.

Money raised by the game will go to the Northern Ireland Hospice.

The last Irish League Charity Shield game was 14 years ago.