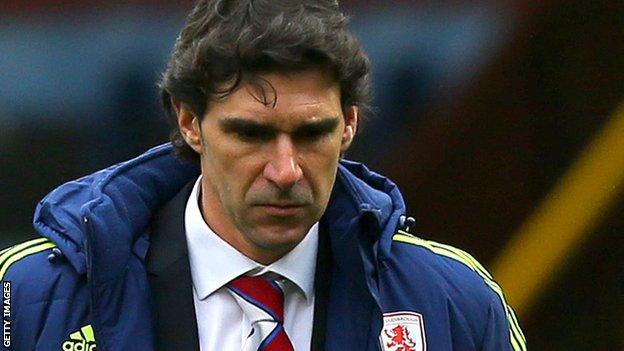 Head coach Aitor Karanka is keen to add to the Middlesbrough squad before their Championship season-opener against Birmingham City this weekend.

"I'm happy because the team is improving but we need more players," Karanka told BBC Tees.

"The club is working to bring those players in."

He continued: "I hope the club is working hard this week to get more players."

Nsue's arrival from Real Mallorca last week made him the most recent addition to the Teessiders squad and he was given a run out in Saturday's 2-0 defeat by Villarreal.

"For him, it was a chance to get a feel for the club," Karanka added.

"He didn't train the last two days and arrived late on the Friday - and therefore I didn't want him to play more than 15-20 minutes."