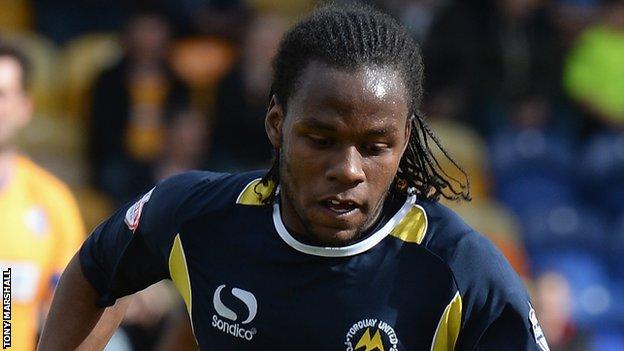 Coulthirst, 19, made his debut for Spurs in last season's Europa League game against Anzhi Makhachkala.

The England Under-19 player has been on loan at Leyton Orient and Torquay.

Ibenfeldt, 29, who impressed in pre-season friendlies against Ipswich and QPR, spent last season with Danish first division side Akandemisk.

Coulthirst told the Southend website: "I'm really pleased to have joined on a season-long loan, it gives me the chance to really make an impression.

"I had a couple of loan spells last season and know what this division is all about, so I can't wait to start at Accrington Stanley on Saturday."

Regarding Ibenfeldt, United manager Phil Brown said: "Mads is big and physical and is an excellent defender who will add to the competition for places."

Ibenfeldt has also played for Silkeborg and NFC in his native country.