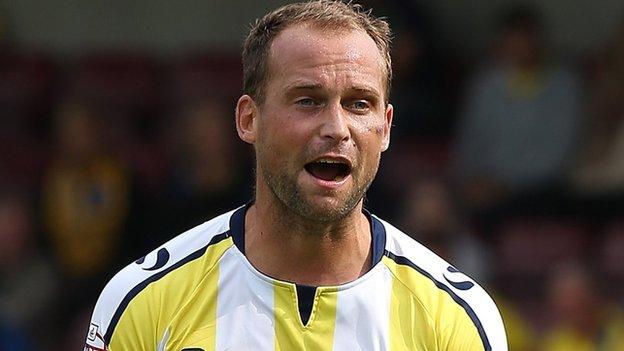 Kidderminster Harriers are set to complete the signing of experienced left-back Kevin Nicholson following his release by Torquay United.

The 33-year-old Derby-born defender left Plainmoor in May following relegation from the Football League.

Nicholson, who helped Torquay back into the League via the Conference play-offs in 2009, made 312 appearances following his arrival from Forest Green in 2007.

He has also tapped into his knowledge of lower league football by signing winger Ahmed Obeng from Rushall Olympic and re-signed keeper Jasbir Singh.