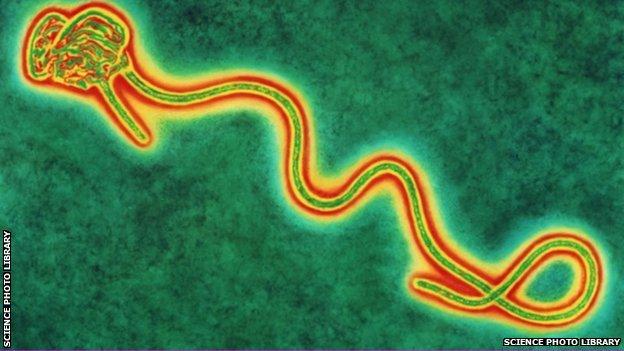 The Sierra Leone Football Association (SLFA) has suspended all football matches in the country until further notice because of the Ebola outbreak.

As a result, Sierra Leone's participation in the group stage of qualification for the 2015 Africa Cup of Nations has been placed in doubt.

They are set to host DR Congo on 10 September but that game cannot go ahead unless the ban is lifted.

There are also doubts over whether the team could play its away fixtures.

The Leone Stars made it through the last round after Seychelles forfeited the second leg of their tie on advice of its health ministry.

Seychelles immigration officials prevented the Sierra Leone team from boarding a plane heading to the country from Kenya's Nairobi Airport over fears that the Ebola virus could potentially be spread to the island.

It is uncertain whether other nations may follow suit and refuse to grant Sierra Leone entry to their country - or if they may opt not to play in Sierra Leone.

Sierra Leone's opening Group D match is away to Ivory Coast on the weekend of the 5/6 September.

The Confederation of African Football told BBC Sport: "We are monitoring the situation with the SLFA which is in contact with the government. A decision will be made in due time regarding the situation, in not less than a week's time."

The SLFA's decision to ban football comes after Sierra Leone President Ernest Bai Koroma's declared last week a public health emergency in the country to curb the deadly virus - the state of public emergency is expected to last up to 60-90 days.

However, a member of the SLFA media committee Abu Bakarr Kamara said: "We're hoping that the Ebola disease would be contained before our home game against DR Congo and we'll be able to play them in Freetown.

"But if the situation doesn't improve, the suspension will remain in place and we'll have to look out for a neutral venue."