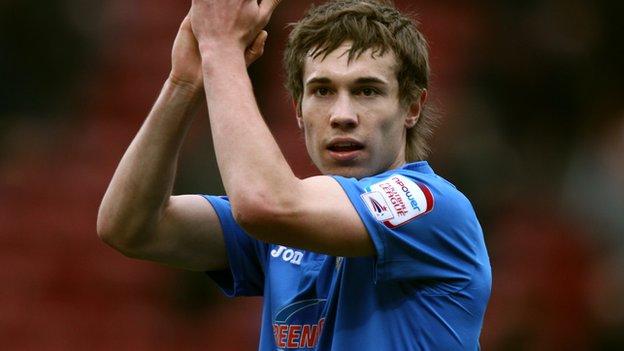 Walsall hit back to earn a draw through a Tom Bradshaw goal in an entertaining season-opener against Port Vale.

Pope then shot narrowly wide for the hosts, as did Michael O'Connor.

But the Saddlers responded and, after Ashley Grimes forced a fine save from Sam Johnson, Bradshaw levelled when he ran on to a Grimes pass and lifted the ball past the advancing goalkeeper.

"We played really well on the front foot, played some neat and tidy stuff. I'm pleased at the comeback and like to take a lot of confidence from this.

"We've got some really good players in the squad at the moment, I was really pleased.

"We're disappointed with their goal as it came from a deflected cross. We dealt with the aerial balls well and we'll take a lot of confidence from this game.

"We knew what to expect from Port Vale, we knew they put a lot of balls in the box which we couldn't stop the first one, we had to defend it. I'd say I thought we done that quite well."