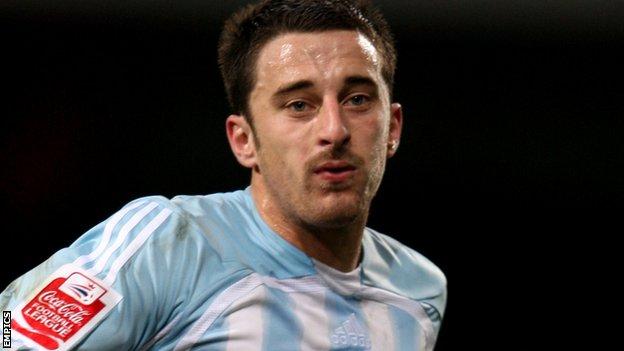 Summer signing Chris Whelpdale netted the only goal as Stevenage returned to League Two with a win over Hartlepool.

The visitors nearly took the lead after two minutes when Jack Compton's shot rebounded of the bar.

Pools keeper Scott Flinders made a string of good saves to keep his side level but was eventually beaten by Whelpdale's low volley from 20 yards.

"There was a lot of grit and determination. We always make it our business to try and run further than the opposition, I think we did that as you can see by one or two of them coming off cramped up.

"The goalkeeper really kept them in it. We had to keep our concentration and keep our sheet clean to make sure we earned the points.

"Everyone wants to win on the opening day. It's not crucial but it's lovely. You can succeed one way or another, but it's great when you get that opening day win and those three points on the board.

"I don't like singling out individuals but you're going to look at Chris Wells, Andy Bond and Charlie Lee and you're going to say just how outstanding they were. As a trio they really put their stamp of class on proceedings."