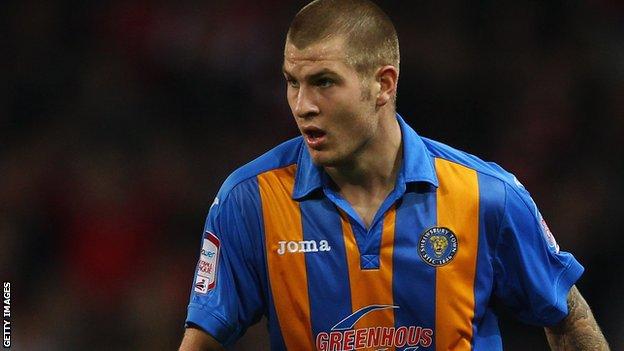 Striker James Collins struck twice as Shrewsbury fought back to secure a draw against AFC Wimbledon.

Collins nodded in his first from captain Liam Lawrence's cross to give the Shrews an early lead.

Rigg put the Dons ahead when visiting keeper Jayson Leutwiler failed to deal with a cross but Collins's late second goal ensured the points were shared.

"I think we have mixed emotions, to come together and get the point is fantastic.

"It's the first game of the season and we know we can get better, a lot of teams have come unstuck here.

"James is a superb striker and the hunger to score goals is fantastic, I'm really pleased for him to have two goals and be up and running for the season.

"It made it to be an exciting finish, but we know we can be better than that.

"We could have new player signing on Monday - but until it's done we have nothing to say."