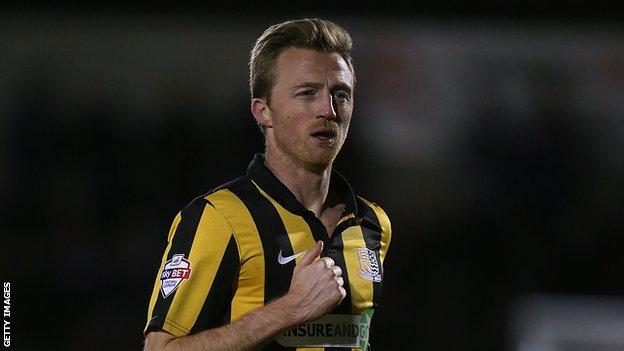 A late penalty from summer signing Lee Barnard was enough to give Southend United victory at Accrington Stanley.

The home side almost took the lead after two minutes as James Gray's deflected strike struck the bar.

After the break, debutant goalkeeper Luke Simpson was Stanley's hero, saving a Barry Corr penalty after Shaquile Coulthirst had been brought down.

However, Dean Winnard fouled substitute Barnard in the box late on and the striker stepped up to score the winner.

Shots on Target
Home0
Away7