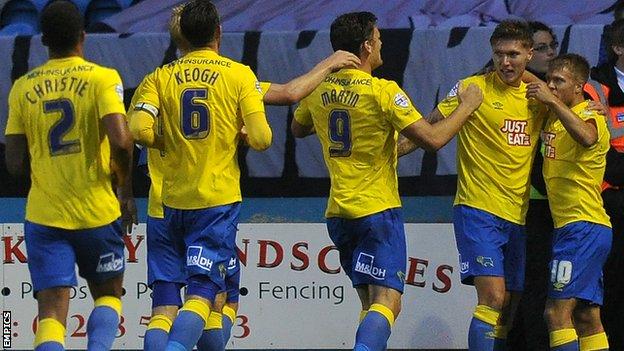 Jeff Hendrick and Chris Martin both scored as Derby County beat League Two Carlisle United in the Capital One Cup first round at Brunton Park.

Hendrick headed the opener from close-range, just moments after Rams keeper Lee Grant tipped a free kick from David Symington on to the crossbar.

Martin volleyed in Johnny Russell's cross for the second in injury time.

Steve McClaren's Championship side have won two out of two so far this season after beating Rotherham on Saturday.

Graham Kavanagh's team though have lost both of their games so far and are still to score, after starting their league campaign with defeat at home to newly promoted Luton Town on Saturday.