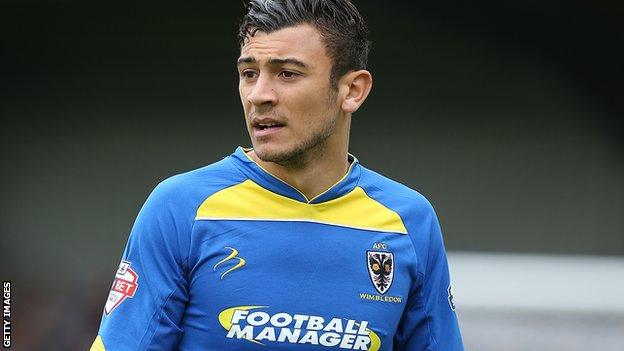 The 22-year-old, who has been on trial with the Daggers, will remain with the east London club until 1 December.

Porter played 24 games during a loan spell at AFC Wimbledon last season and, following his release by Burnley, joined Rochdale in January.

The ex-Leyton Orient youngster only made two appearances for Dale and was released at the end of last season.

Porter had joined Burnley from Orient in the summer of 2012 but he did not make a senior appearance for the Clarets.

He becomes Dagenham's 11th signing of the summer.