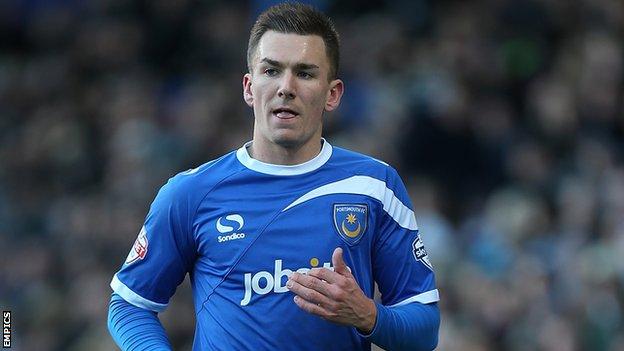 The hosts took the lead when Craig Woodman's cross reached striker Tom Nichols who turned and volleyed his shot into the bottom right corner.

Pompey equalised when Jed Wallace cut in from the right and his deflected shot found the bottom left corner.

"We were solid enough, they didn't create too much but we didn't move the ball quick enough first half.

"First day of the season you just want to get out the way and hopefully win, but obviously not get beat, that's really important. We're pleased to take a point but obviously we'd have preferred the win.

"It was a lot better second half and that's the standard that we expect. In the first half we haven't hit those heights but we've managed to stay in the game which was important."