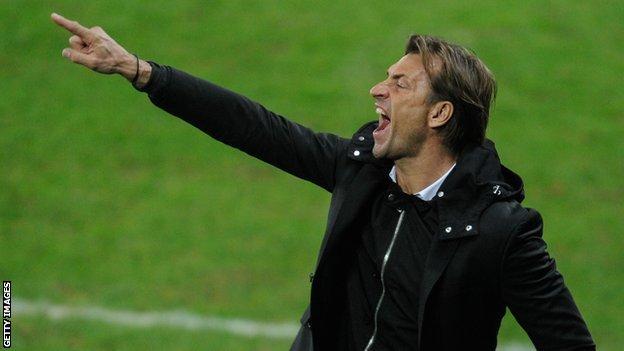 New Ivory Coast coach Herve Renard has outlined his vision for the team.

The Frenchman, who was appointed on 31 July, must replace an ageing squad but will resist wholesale changes.

"My mission is to build a new team, all the while knowing that not everything should be thrown away," said Renard, whose side start their 2015 Africa Cup of Nations qualifiers next month.

"There won't be a revolution because the next challenge is in September, but we will bring a new dynamism."

Ivory Coast are scheduled to begin their campaign to reach the finals in Morocco next year with their first group match against Sierra Leone on 6 September in Abidjan.

Renard hinted that there may be bring in new faces as he looks to revitalise the squad that failed to qualify from their group at the World Cup in Brazil.

And he also revealed that he will spend time working on the team's rearguard.

"Even though Ivory Coast has foreign-based players I think it would be a shame to ignore the domestic game," said the former Zambia coach.

"To succeed in my mission I'll need to work very hard, to impose discipline, get the most out of the individual talents, bring a sense of collective spirit to everyone.

"I'll build my team from a defensive base. You need a solid defence to win trophies."

The 45-year-old, who replaced compatriot Sabri Lamouchi, signed a renewable two-year contract and will take charge of his first match against Sierra Leone on September 6 in Abidjan in an Africa Cup of Nations qualifier.