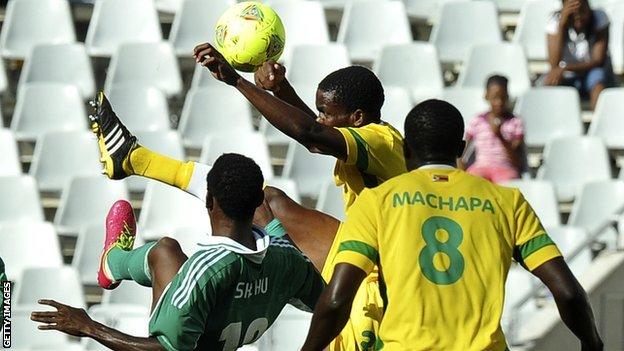 Zimbabwe coach Ian Gorowa has quit over differences with the country's football association and the non-payment of his salary.

In a letter published in the Herald newspaper in Zimbabwe, Gorowa said he had not been paid for seven months.

He also said he is owed a bonus payment for taking Zimbabwe to the semi-finals of the African Nations Championship earlier this year.

Gorowa lost only two of his 17 matches in charge of the team, but one of those defeats came in a qualifier for the 2015 Africa Cup of Nations against Tanzania that eliminated Zimbabwe from the preliminaries.