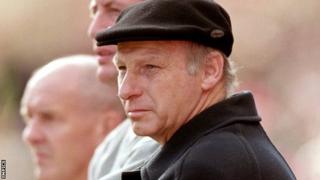 Time for Rudge to put his feet up

Rudge spent a lifetime in football, chiefly in the Potteries, where he was Port Vale manager for 16 years, before spending 14 years as Stoke City's director of football.

He has clocked up 50 years' service, having turned out for Huddersfield, Carlisle, Torquay, Bristol Rovers and Bournemouth, before packing in as a player in 1975.

But, from working 70-hour weeks, he admits that now the phone does not ring so often, his biggest problem is trying "to not get under the wife's feet".