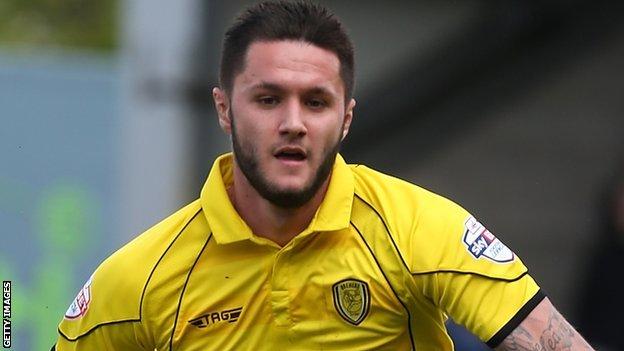 Burton produced one of the shocks of the first round as they beat Championship side Wigan to progress in the Capital One Cup.

The League Two Brewers fell behind when Marc-Antoine Fortune struck with a low effort against the run of play.

But Burton's Dominic Knowles turned in a low cross on the stroke of half-time.

And they capitalised on the momentum shift after the break as Stuart Beavon finished clinically from 10 yards to secure one of Burton's finest results.

"It was a game that we wanted to take as seriously as we could.

"I spoke to the players about it beforehand and said they might make some changes but it doesn't really matter. Whoever they change, they're going to bring a squad member, a first teamer or some internationals into the side.

"I would say, overall, that is as well as any team of mine has played, ever, since I've been here.

"I thought they were absolutely brilliant in lots of different ways. I don't think Wigan had lots and lots of chances. I actually thought we created quite a lot in the first 25 minutes.

"As the game went on we could pick and choose when we got up the pitch, and we still created chances."

"We felt we had enough strength in depth and we looked like we would be on a winning streak after about 10 or 15 minutes because we completely took over.

"We got our goal and, at that point, everyone was thinking we would be comfortable winners.

"But we gave that free-kick away just before half-time and from that point onwards we lost our momentum and our concentration.

"For a team with the experience they had out there, it took too little to lose our rhythm."