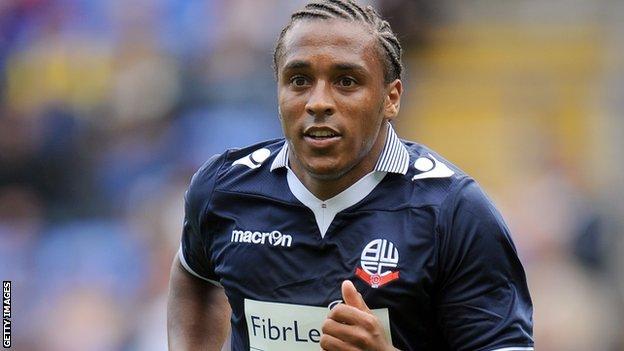 Championship Bolton needed extra-time to see off League Two neighbours Bury in the first round of the League Cup.

The Shakers held a shock lead for most of the match after striker Ryan Lowe tucked home Andrew Tutte's pass.

But forward Craig Davies equalised with an injury-time penalty before a Chris Sedgwick own goal and a Neil Danns free-kick put Bolton 3-1 up.

Defender Jim McNulty flicked home a free-kick to set up a tense finish but the home side held on for a nervy win.

"They started better than us. A few words were exchanged at half-time, we came out and had that willingness to get on the ball.

"Before the goal actually came, I felt we deserved to score. It shows you that I've now got a group of players that will fight to the end and I've got subs that will impact the game.

"In extra-time we looked stronger, disciplined and we defended properly. That's what got us through."

"I look at the inconsistencies in the performance of the referee in the second half. You can always tell by the reaction of players and how incensed they are.

"The whole atmosphere and the way he refereed the second half was disproportionate.

"To see six minutes to go up, and then them get a penalty after five minutes and 20 seconds, it's not just galling. It's everything that surrounds the actual loss and not getting into the next round."