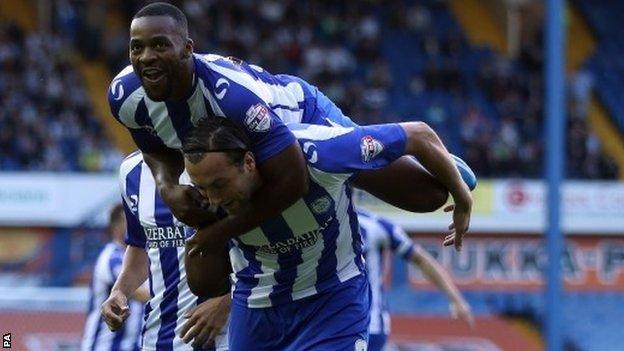 Sheffield Wednesday scored two early goals as they booked their place in the second round of the Capital One Cup at the expense of Notts County.

Jacques Maghoma gave the Owls a second-minute lead with a fine strike from the edge of the area.

Striker Atdhe Nuhiu added a third after 64 minutes when he headed in full-back Joe Mattock's cross.

"I was disappointed with the first half. We changed the shape a little bit from Saturday, which was due to a lack of personnel that we had for tonight, so we went for the diamond in there and it didn't work for 45 minutes and we had to change it.

"Saying that, we were up against a very good team. We're obviously up against a Championship team, so there's a gulf in class there, but I do feel Sheffield Wednesday will do very well this season."