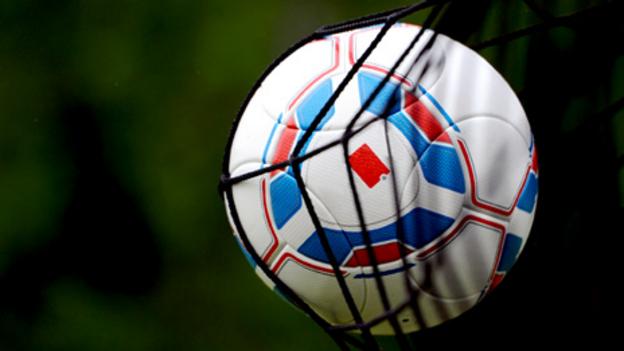 Nuneaton held Grimsby to their second successive goalless draw of the season in the Conference at Blundell Park.

Craig Clay then saw his shot for the hosts parried by Reice Charles-Cook.

Grimsby had the best chance of the match when Lenell John-Lewis missed the target from six yards with only Charles-Cook to beat.

"We can't fault the players. I thought they gave it everything.

"We spoke before about the kind of limitations we had in terms of options in forward players and there's no doubt tonight it was crying out for someone of like Scott Neilson, Nathan Arnold or Jack Mackreth.

"We just didn't have that killing edge or that bit of luck, which certainly deserted us on a night when we were missing quite a few bodies anyway.

"Hopefully we are getting all of the bad luck out of the way now."