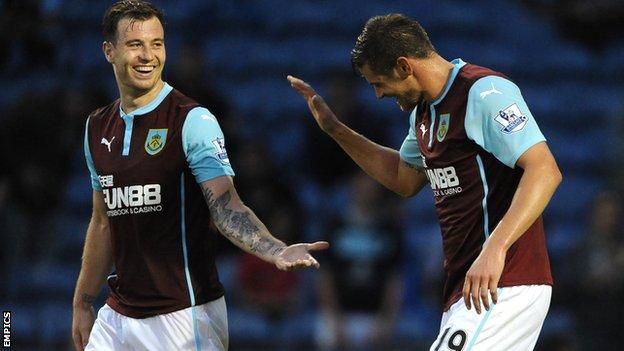 Burnley were held to a 2-2 draw by Celta Vigo in a pre-season friendly at Turf Moor.

Lukas Jutkiewicz, who moved from Middlesbrough for £1.5m during the summer, grabbed both goals for the Clarets.

The 25-year-old opened the scoring after just two minutes, and put Burnley ahead again after Alex Lopez had equalised for the Spanish side.

Nolito scored soon after to level the scores with the newly-promoted team.