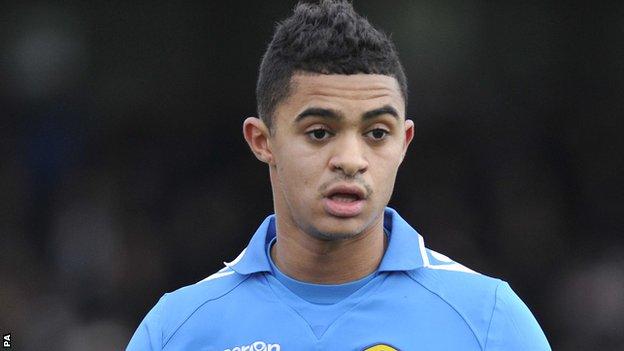 Ipswich Town midfielder Cameron Stewart will be sidelined for up to six weeks after fracturing his jaw in Saturday's pre-season friendly at Leyton Orient.

The former Hull City player, who joined Blues in July, underwent surgery on Tuesday after scans showed the damage.

"Cameron was caught by an arm late on in the game," Town physio Matt Byard told the club website.

"For that type of injury, you are looking at between four to six weeks on the sidelines."

Stewart, 23, joined Leeds United on loan last January and agreed to sign a three-year deal in the summer.

The move was cancelled amid the change of management and ownership at Elland Road.

He began his career at Manchester United and joined Hull in January 2011 after an initial loan.