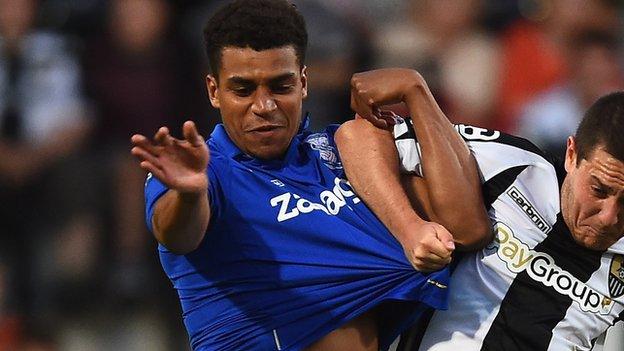 Birmingham City have rejected a transfer request by Tom Adeyemi - four days before the start of the season.

The 22-year-old midfielder is reported to be a target for relegated Cardiff City, who are set to lose former Blues midfielder Jordon Mutch to QPR.

A Birmingham statement read: "A formal offer from an unnamed Championship club has been rejected.

"The club will now meet with the player's representatives to discuss the transfer request further. "

Adeyemi has netted three times in 40 games since being signed from Norwich City last summer.