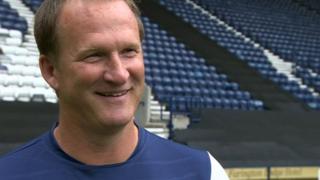 In an interview with BBC North West Tonight, Grayson also says there are no clear favourites to be promoted from the third tier.

Preston finished fifth last season and were beaten by Rotherham in the play-off semi-finals.