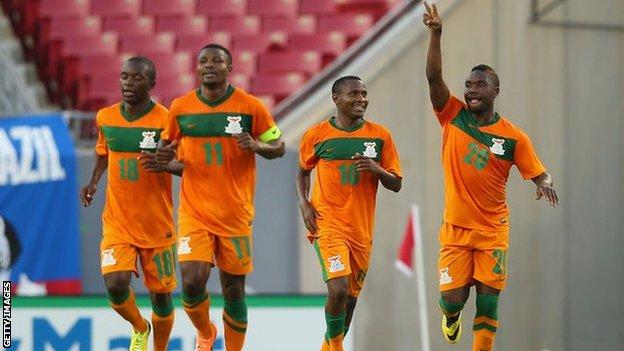 Honour Janza has been installed as the new coach of Zambia to replace Patrice Beaumelle, who left earlier this week.

Football Association of Zambia (FAZ) president Kalusha Bwalya said: "It is a huge challenge, but we believe Janza has the credentials to excel.

"It is also an opportunity for a local coach to show what he has learned in the last five years associated with Herve Renard and company."

Janza's first challenge will be the 2015 Africa Cup of Nations qualifiers.

Zambia are placed in Group F and will open their campaign at home to Mozambique on 6 September, followed by a trip to Cape Verde four days later.

Chipolopolo moved quickly to find a successor to Beaumelle following the Frenchman's decision to team up again with former Zambia boss Renard, who has taken the reins at Ivory Coast.

Bwalya said he has no doubts that the 48-year-old Janza, who had held the position of FAZ technical director, has the attributes to take Zambia forward.

He added: "Chipolopolo has a massive following with huge expectations among our very passionate fans and followers. We are confident that the whole Zambia will rally behind the team, as always, and support Janza and the boys."