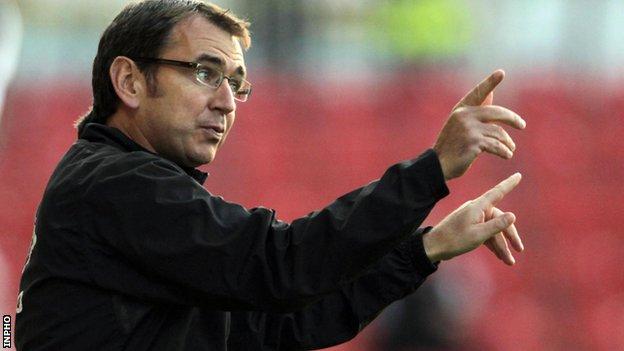 Former Linfield player and Derry City boss Pat Fenlon has been named as the new manager of Shamrock Rovers.

The 45-year-old is back in management after he resigned from the Hibernian job in November last year.

He takes over at Rovers from Trevor Croly, who left the club last weekend after a poor run of results.

Fenlon's first game in charge will be Friday night's Premier Division game against the Candystripes at Tallaght Stadium.

Fenlon was linked to the Linfield post following David Jeffrey's announcement in February that he would be leaving the Blues at the end of the season.

The former Rovers midfielder has won five League of Ireland titles as a manager - three with Shelbourne and two with Bohemians.