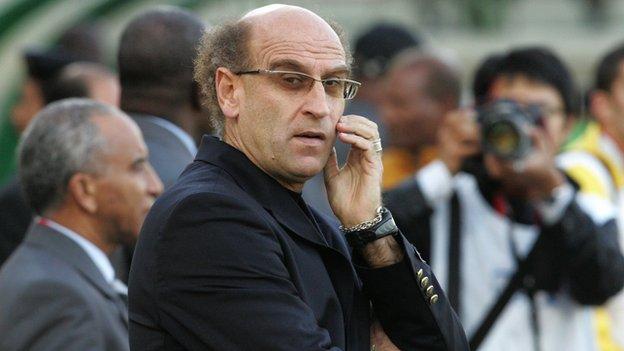 Mauritania have sacked their French coach Patrice Neveu after they were knocked out of qualifying for the 2015 Africa Cup of Nations.

He departs after Mauritania lost 1-0 on Sunday to visiting Uganda, who won the tie 3-0 on aggregate.

Neveu had been coach of Mauritania since 2012 and lead the country's team of locally-based players to the African Nations Championship in South Africa earlier this year.

The Mauritanians had made it to the final knockout round of the 2015 qualifiers thanks to the disqualification of Equatorial Guinea.

Equatorial Guinea had beaten Mauritania 3-1 on aggregate but were then thrown out of the qualifiers for fielding an ineligible player.