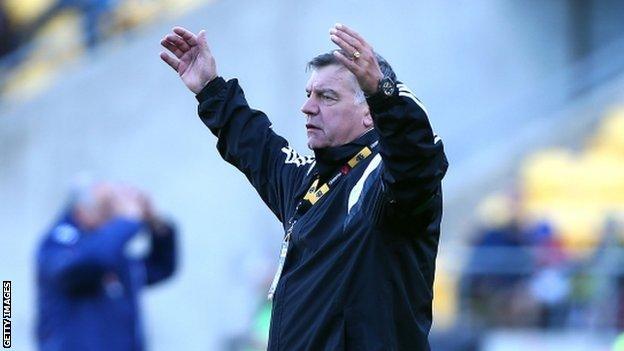 West Ham have made bids for four strikers in an effort to bolster manager Sam Allardyce's squad.

Andy Carroll could be out until November following ankle surgery, while £12m summer signing Enner Valencia will also miss the start of the season.

"We've got offers in for one striker in England and three abroad - and we just hope to land one of them," co-owner David Sullivan told the club website.

"We have worked 24/7 all summer and want at least one more striker."

"Enner is now in full training but I think the earliest he'll play is in the Capital One Cup match (on 26-27 August)," said Sullivan.

"He might be in the top five scorers in the Premier League next season, he might take time to adjust, you just don't know with foreign players, but potentially he's a top, top player."