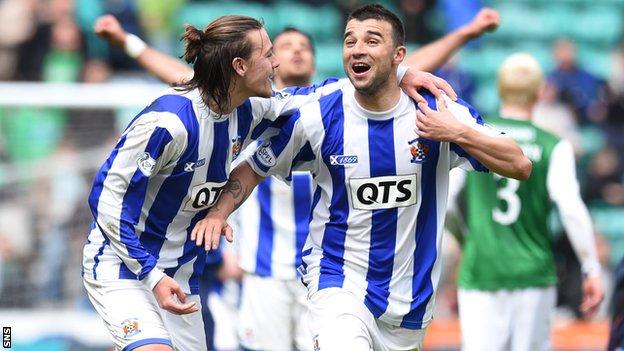 Kilmarnock have secured a deal with Alexei Eremenko which will see the Finnish international stay at Rugby Park for another season.

The 31-year-old had returned to Ayrshire in January on a short-term deal, making 13 appearances.

He originally joined the club on loan for the 2010-11 season and was nominated for the PFA Scotland player of the year award.

The 20-year-old midfielder, who had loan spell at Arbroath last year, has signed a three-year deal.

"We spoke to him early in pre-season to try and get him over and get something sorted so it's good it's finally done.

The sooner we get him match-fit and playing games, the better.

"Somebody with his quality, especially on this pitch, I think will be a massive factor in how well we do this season.

"You saw the last couple of games of last season, the performances he put in. He maybe wasn't fully fit at first but he worked really hard to get himself in great condition.

"He has not played any games yet but he looks in decent condition. The sooner we get him match-fit and playing games, the better.

"We've brought in players who are young and hungry to do well, and have good energy and good pace about the team.

"With him supplying the passes for them, I'm sure it should be a good combination."