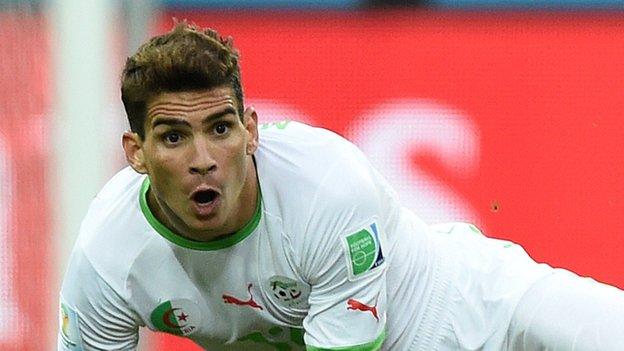 Algeria international Medjani, 29, has signed a three-year deal after Monaco agreed to terminate his contract.

Constant, who can play in defence or midfield, has joined from Italians AC Milan for an undisclosed fee.

The 27-year-old made 20 appearances for Milan last season but struggled for a regular place in the starting line-up.

Medjani, who has won 29 caps for Algeria and played in the World Cup in Brazil, says he is delighted to be reuniting with former Algeria coach Vahid Halilhodzic at the Turkish club.

"When you get the opportunity to play for a man who has faith in you, then you take it," Medjani told BBC Sport.

"Things didn't quite go as planned with Monaco but I can only wish the club well.

"I have come to a club that wants me, a manager that knows me and believes in me. This is a fresh challenge and I am really looking forward to playing in this league."