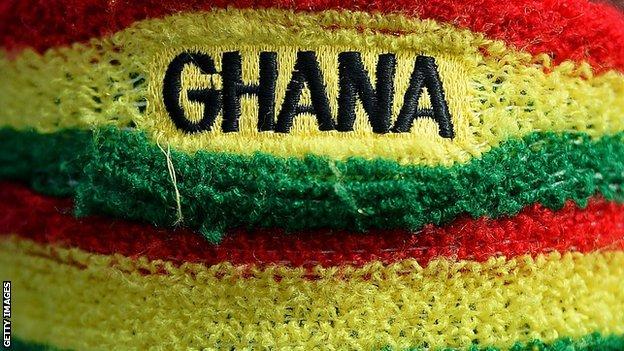 Ghana risks an international ban if the country conducts a government-ordered Commission of Enquiry into its World Cup campaign, Fifa has said.

It reads: "We would like to remind you Fifa member associations must manage their affairs independently, without any third party influence."

The Black Stars' tournament was marred by ill-discipline and money rows.

And after the disastrous campaign in which more than US$3m had to be flown from Ghana to Brazil to pay the players - two of whom were later thrown out of camp for disciplinary reasons - Ghana President John Mahama called for a review.

However, Fifa prohibits governmental interference in the running of a national association.

And in its letter to the GFA, dated 7 August, it added: "Should any decision be rendered by the Commission against GFA officials thereby removing them from office, it would be considered as interference in the GFA affairs and the case would be brought to Fifa's highest instances for appropriate sanctions."

In the past, such sanctions have involved international suspensions from all forms of football for governmental interference - with Fifa in no doubt as to how that may be developing in Ghana.

"We refer to the power that the Commission would have to remove any member of the Executive Committee or the President of the GFA in case of adverse findings," the letter addressed to GFA General Secretary Emmanuel Gyiman reads.

"We are confident that you will reach an understanding with the Commission and that you will collaborate as long as the autonomy of the GFA is respected."

After Ghana failed to qualify for the knock-out stages of a World Cup for the first time in their history, the Commission was established to probe the preparations, management decisions and other 'matters of public interesting concerning … Ghana's participation'.

"These are issues which are strictly in the competence of GFA," continued the Fifa letter, signed by Deputy Secretary General Markus Kattner.

"Thus the competent body to discuss these issues should be the GFA Congress, and not any outside body."

Despite holding eventual champions Germany to a creditable 2-2 draw in Fortaleza, the four-time African champions were eliminated after losing their opener to the United States and to Portugal in their final game.

The 2-1 defeat by Portugal in Brasilia came only hours after Sulley Muntari and Kevin-Prince Boateng's expulsions from camp.

In a separate development, BBC Sport understands that the future of coach Kwesi Appiah will be determined by the GFA next week.

Under fire following the troubled campaign, the first local coach to lead Ghana at a World Cup returned home after an extended holiday on Thursday.

Media reports have suggested that the GFA may wish to impose a technical director upon Appiah, a decision which needs to be addressed swiftly with the group stage of 2015 Africa Cup of Nations qualifying less than a month away.