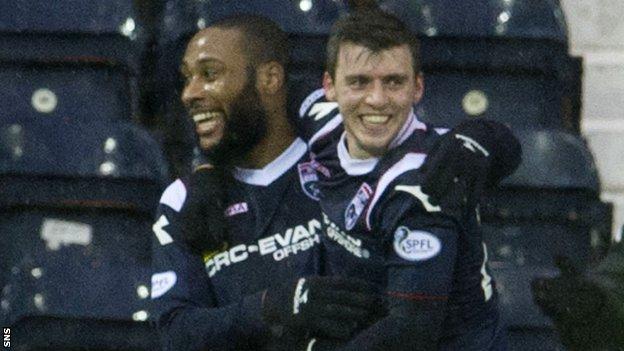 Graham Carey and Yoann Arquin have signed new deals to stay with Ross County for this season.

Irish winger Carey, 25, has been with County since last summer while French forward Arquin, 26, joined in January.

Carey has previously played with Celtic and St Mirren as well as Bohemians and Huddersfield Town.

Arquin played in France and England before his initial spell with the Highlanders, during which time he scored four goals.

"I was always in contact with Ross County throughout the summer," said Carey. "It was just probably waiting to see what acquisitions we made.

"But it was always one of my intentions to sign back because I really loved it last year, especially from a football aspect. The stadium and training ground are brilliant and you can only improve here.

"Especially with the manager as well, he always worked well with me and it was always something I wanted to do."