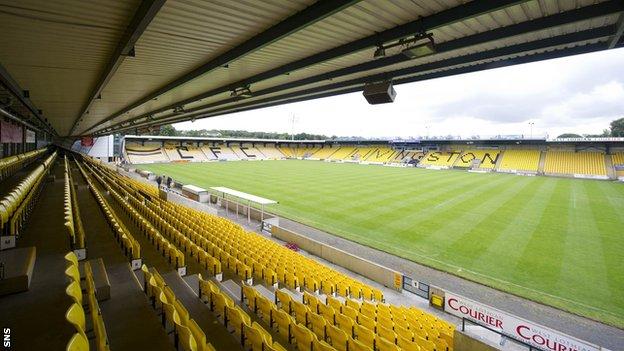 The SFA's compliance officer has issued the club with a notice of complaint regarding shareholder Neil Rankine.

Neither East Fife nor Dumbarton are under investigation. A hearing date has been set for 10 September.

Rankine, the former chairman of Dumbarton, became involved in Livingston in 2009 when he and current chairman Gordon McDougall took the club out of administration.

An SFA statement said that Livingston had failed "to act towards the Scottish FA with the utmost good faith by not disclosing to that Neil Rankine, shareholder of Livingston 5 Ltd, the parent company of Livingston FC, also holds interests in East Fife FC and Dumbarton FC".

The governing body also say the club provided "false, misleading and/or inaccurate information in respect of Neil Rankine's eligibility as a fit and proper person" in 2013 and that Livingston had failed to "specify Neil Rankine" on the club's "official return".

And, by continuing to "hold interests in East Fife FC and Dumbarton FC in addition to his shareholding in Livingston FC", the SFA say the East Lothian club "holds power to influence the management or administration of those two aforementioned other clubs".

The final alleged rule breach charges Livingston with "not acting in the best interests of Association Football by not disclosing to the Scottish FA that Neil Rankine, shareholder of Livingston 5 Ltd, also holds interests in East Fife FC and Dumbarton FC".