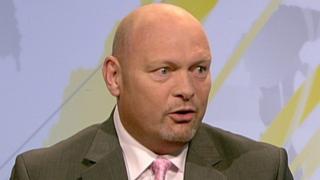 David Jeffrey believes this season could be one of the tightest Irish League races in years although he feels that three-in-a-row seeking Cliftonville remain the team to beat.

Jeffrey is not directly involved in this season's title race for the first time in 17 years after stepping down from the Linfield manager's job in April.

The former Blues boss says he is enjoying his time away from management but that he will make a return to football at some stage.