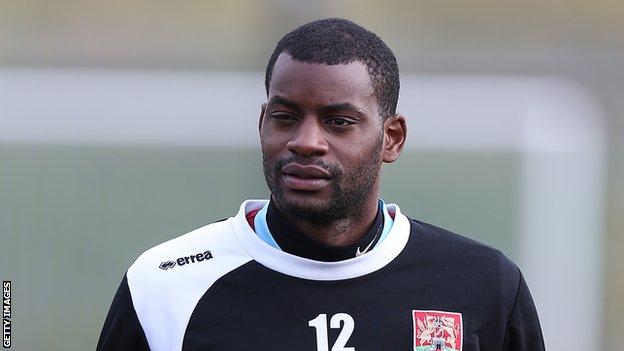 Izale McLeod scored his third goal in as many games as Crawley beat 10-man Swindon to maintain their perfect start to the season.

Striker McLeod, who scored in recent 1-0 wins against Barnsley and Ipswich, converted a second-half penalty after he had been fouled by Louis Thompson, who was shown a straight red card.

Swindon's Yasir Kasim tried to reply but was denied by keeper Brian Jensen.

But Crawley almost scored again when Gwion Edwards hit the bar late on.

"We're very pleased because we faced a difficult week and another difficult fixture today and when you take into account how the game panned out it was an excellent week for us.

"In terms of the quality our players, they have shown a resilience, they've shown excellent levels of fitness and togetherness.

"They've answered more questions at times and they've stuck in and you know in the second half we get that one opportunity to put it away and Izale takes it and we take the three points."

"The referee is just inside our half when Louis Thompson makes contact with the ball. He's give a penalty from the halfway line when he can't see. He knew he had made a mistake.

"I thought we were outstanding. It was a totally one-sided game and we dominated the football.

"You can't play that well and lose many games I don't think - that's the lesson for the players."