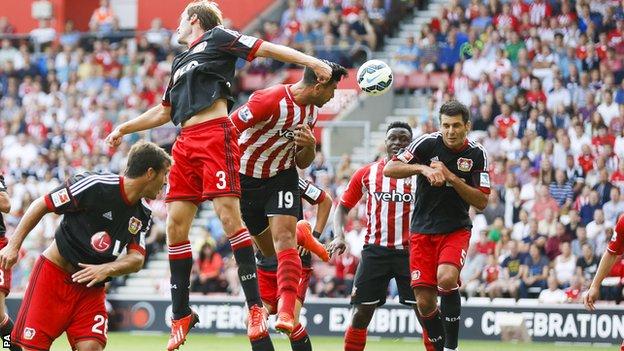 Striker Graziano Pelle scored an own goal on his home debut as Southampton lost 1-0 to Bayer Leverkusen in their final pre-season fixture.

Saints have endured a difficult summer in which several high-profile players have left.

Meanwhile, Italian forward Pablo Osvaldo made a loan move to Serie A side Inter Milan, while midfielder Morgan Schneiderlin's future is in doubt after he told the club he was not "not mentally or physically ready" to play.

Southampton boss Ronald Koeman has struggled to find replacements, but has so far brought in Pelle and former FC Twente midfielder Dusan Tadic on permanent deals while Taider and Ryan Bertrand have joined on loan from Inter and Chelsea respectively.

They all featured against Leverkusen as Southampton looked to make it six wins from six in pre-season, but they struggled to break down the well-organised German side.