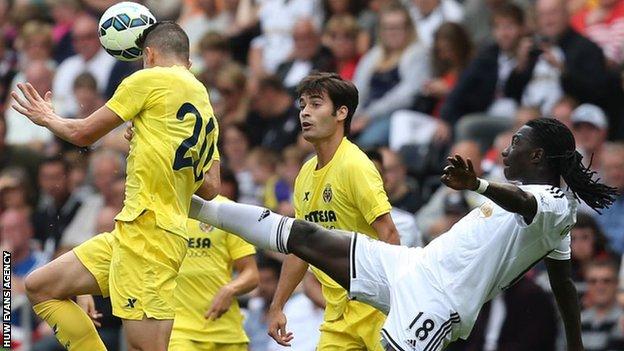 Swansea City will travel to Manchester United for next Saturday's 2104-15 Premier League opener on the back of a 3-0 friendly defeat by Villarreal.

On the day Spanish defender Chico Flores' departure was confirmed, his fellow countrymen were victorious at Liberty Stadium.

Ikechukwu Uche side-footed in the opener against Garry Monk's side.

But Nathan Dyer was absent after being given time off for personal reasons.

The latter has a foot problem, but is expected to be fit to return to training ahead of the 16 August trip to Old Trafford.