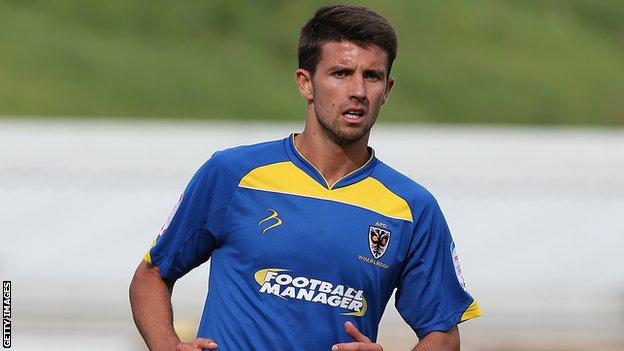 Francomb curled in a 25-yard strike, meaning United have not won in 10 Tuesday league matches in three years.

Myles Weston wasted a great early chance to put the Shrimpers ahead, shooting wide when clean through.

And Lee Barnard saw a header well saved and Weston also had a shot cleared off the line after Francomb's goal.

But Southend could not find an equaliser and the visitors held on to inflict a first league defeat on their hosts.

"We played excellent tonight. I'm delighted with the players' application and the commitment to the cause.

"The keeper's had one of them nights, and also you could say the finishing wasn't as clever as what it should have been.

"They got themselves a goal and then shut up shop - but we've created 10 chances, you just bemoan your luck to a certain extent.

"We kept on playing, kept on probing and kept on asking the questions. Give them credit, they came here, tin-helmet stuff, and got themselves a 1-0 win."