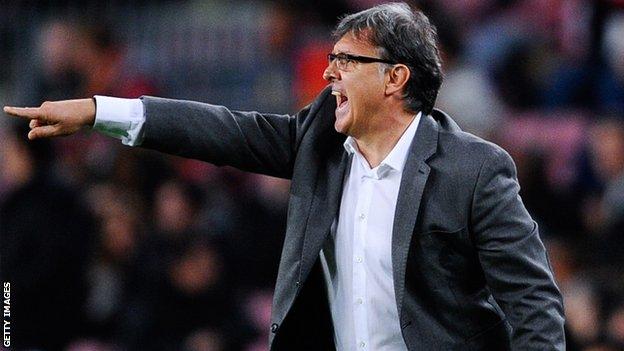 Martino, 51, left Barca at the end of last season after one year which saw the Catalans fail to win a major trophy for the first time since 2007-08.

Sabella left after the 1-0 defeat by Germany in the World Cup final.

He oversaw 40 wins in his 59 games in charge of the 2012-13 champions, but failed to deliver domestic or European success.

Barcelona exited the Champions League at the quarter-final stage, when they lost to Atletico Madrid.

They also lost to Real Madrid in the final of the Copa del Rey. Barcelona appointed their former midfielder Luis Enrique as Martino's replacement.

Martino will be formally presented as new manager of Argentina on Thursday.