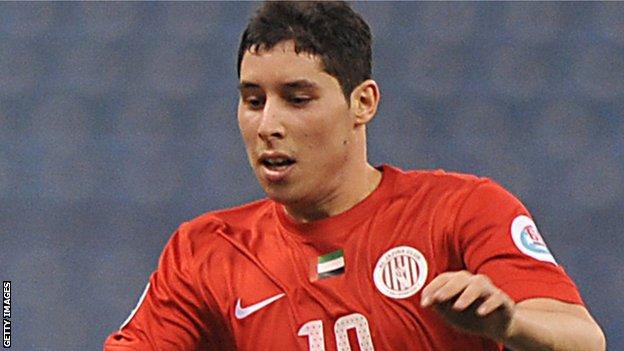 He has signed for an undisclosed fee from Al Jazira in the UAE.

"I see my long-term future at the club. I want to help OM to finish on the podium. That is where this club deserves to be," said Barrada.

Marseille confirmed Barrada had turned down a move to Portuguese giants Porto in favour for them.

Barrada started his career at Paris Saint-Germain before making his name in Spain with Getafe.

As well as playing for Morocco at the 2013 African Cup of Nations, he was also part of the under-23 team that qualified for the 2012 Olympics.

He played in all three group games at the games in London and scored against Honduras.