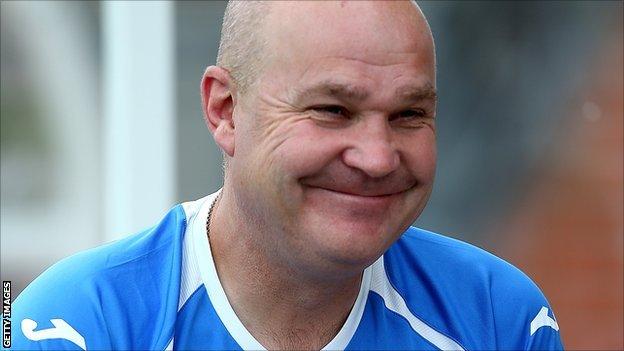 Eastleigh manager Richard Hill says the football club is "unrecognisable" in all aspects compared to 12 months ago.

Chairman Stuart Donald has invested around £3m to improve the ground, the club's infrastructure and bolster the playing squad.

And Hill says the fans can expect to see a big difference when the Spitfires play their first ever home match in the Conference on Thursday.

The Spitfires embark on their first season in English football's fifth tier and have recruited a number of high-profile players over the summer.

James Constable, Jack Midson and Paul Reid are among those who have signed but Hill says money has been invested in the right areas.

"Stuart says he has put in the region of £3m into the football club," he said. "That's the club, not the team.

"It has allowed the stand to be built on the other side to work on the pitch and build a stand behind the goal and I don't think it is going to end there if we can grow as a team and that is testament to Stuart and Mark."

Eastleigh, who kicked off their season with a 3-0 win at Nuneaton on Saturday, face Aldershot on Thursday.