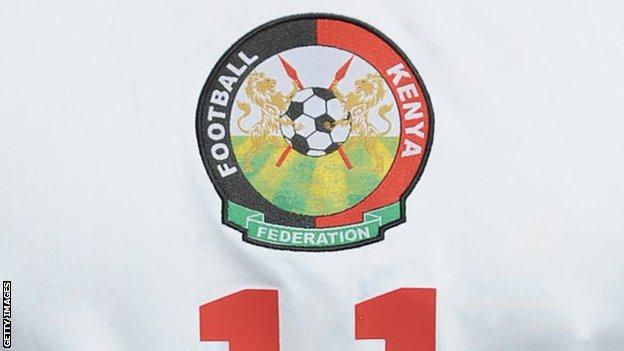 Football Kenya Federation has launched a match-fixing investigation into the team's elimination from the 2015 Africa Cup of Nations qualifiers by Lesotho.

In a statement the FKF stated the outcome of both legs of the tie, which resulted in a 1-0 aggregate loss for Kenya, were "not ordinary".

It said it would "set up an inquiry on the match to probe possible match-fixing and/or sabotage".

A seven-member team will report its findings within three weeks.

FKF added: "The team will investigate the conduct of the technical bench, the communication trends involving members of the team... and all other factors that can help clarify the issue."

BBC Sport has been unable to reach Mulee for a comment.

The behaviour of former Kenya boss Adel Amrouche, who was sacked along with the entire technical staff after the team's elimination from the qualifiers, has also been called into question by the federation.

Amrouche did not take charge of Kenya for the tie against Lesotho because he is serving a one-year suspension imposed on him by the Confederation of African Football for allegedly spitting at an official during a match against Comoros in May.

FKF claims Amrouche installed in his place "an individual unknown to the federation to be head coach for the Lesotho matches".

The governing body said that act, as well as Amrouche's suspension, has brought the Kenyan game into disrepute and it has given him until 15 August "to show cause why his contract should not be terminated".