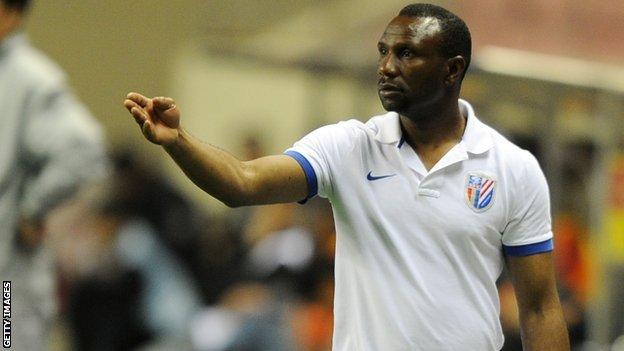 Florent Ibenge has been appointed coach of DR Congo for their 2015 Africa Cup of Nations qualifying campaign.

The 52-year-old, who fills the position left vacant since Claude LeRoy's departure, will combine the duties with his role as coach of AS Vita Club.

President of the Congolese Football Federation Constant Omari said: "We decided to give a local coach a chance.

"He has done a very good job with his club - he has just led them into the semi-finals of the Champions League."

Ibenge's first task will be to prepare the DR Congo team for their Group D qualifiers against Cameroon on 6 September and Sierra Leone four days later.

Omari added that Ibenge could be given the job on a permanent basis if he does well.